Counting Down the Days of Winter 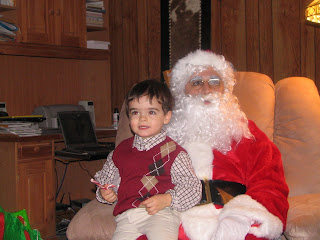 Christmas 2008 has come and now it has gone. It was really a great year for our family; we had the chance to all be together and really enjoyed each other's company. My little guy really had a blast this Christmas. He received a bunch of great gifts from Santa and even a special visit from the jolly old Elf himself. On Christmas eve Santa made a special appearance at our family get together. Well, my little guy sure knows a good thing when he sees it and he was right next to Santa the whole time ready to take all those extra gifts off his hands. I was so happy to see that he had no fear of the bearded one. It seems like a candy cane can always do the trick -- no wonder we have to tell children not to take candy from strangers.

These past few days following Christmas have been lazy ones, but why shouldn't they be. I definitely need to relax after all the running around and planning involved for this holiday. Yesterday, the weather was so mild here that we were able to spend some time in the yard and I had a chance to try out some of the features on our new camera-- a gift from Santa! The temp. was in the low sixties, and you could almost start to believe that spring is right around the corner. Wouldn't that be nice! Let's face it, after Christmas winter is such a dreadful time of year. Well, I'll have my daydreams of warm afternoons and BBQ's to keep me going through January and February. 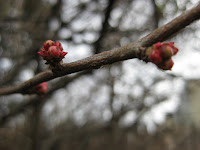 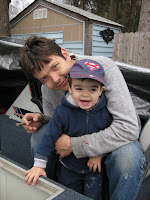 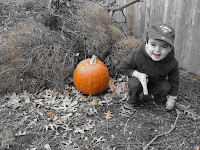 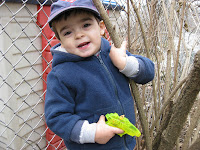