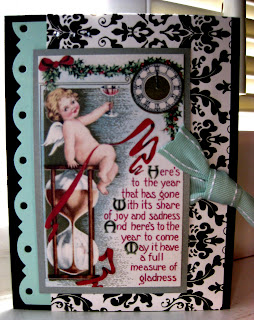 The beginning of a new year is always so refreshing and hopeful. Of course I've made my laundry list of resolutions, and most likely I'll never live up to my own expectations, but for the moment it makes me feel good to think that I might. As the new year begins I would like to wish many blessings and much happiness for all of my friends and family throughout 2009. 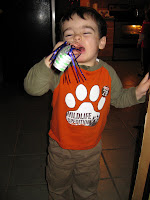 elebration was a quiet one, which was just the way we wanted it. We spent it with another family that also has small boys. That meant a few hours of crazy, breathless running around, and then the last few hours before the new year spent in quiet grown up talk after the boys had settled in for the night. Our little guy was supposed to be asleep in his pack-n-play through the New Year, but since an awful cough kept him awake longer than I had hoped, I eventually gave in and brought him down around 11:30-- he sipped sparkling cider and watched the ball drop in Time's Square with us.

Our first day of the New Year was spent at home relaxing and playing, and yes, I even managed to do some card making. Just a few images to share.... 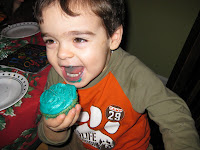 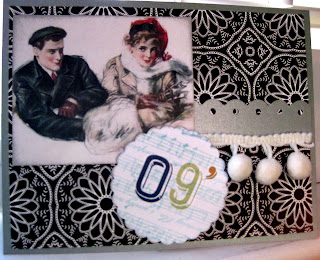 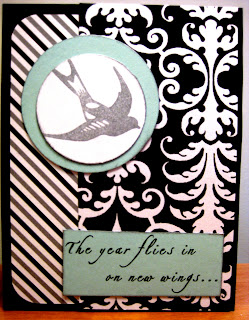 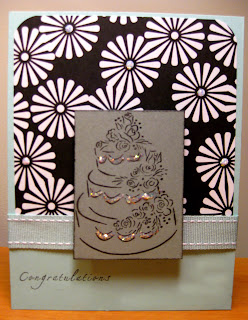 A few cards to commemorate the New Year. The first two had a vintage feel, thanks to the vintage postcard images I recently purchased from an on-line store. I also made two more cards with a more modern and trendy design to them, just to mix things up a bit. I just love this shade of blue card stock, Aqua Mist-- as it lends a classy and eloquent touch and reminds me of a crisp winter morning. It also reminds me of the beautiful blue that Tiffany & Co. use for their gift boxes, so I thought it would work well for a wedding card-- too bad I don't know anyone that is getting married anytime soon.