Just in Time for Spring

Wow- things have been hectic lately. I have barely had any down time, let alone time for card crafting. I took one week off from everything craft related in order to try and catch up with all of the housework and organizing projects that have been going on at home. My kitchen is finally back in order and better than ever, I'm totally loving it! Although things are out of boxes and put back where they need to be, we still need to paint and complete some other finishing touches--but there is no rush for that.
Spring appears to be here, but I'm keeping my fingers crossed that it is actually hear to stay. Mainly I'm concerned for all of my little spring bulbs that have been pushing up their heads in my yard. I would just be devastated if another frost came in. 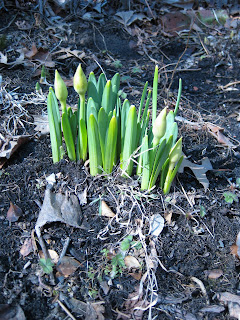 Last weekend the weather was so spring like that we were able to take advantage of it and spend the morning at the park. My little guy was so excited, he just loves being out of doors. He really got a kick out of feeding the geese in the lake all of his Cheerios. Of course later, when he wanted a snack, he could not understand that Mommy had no more Cheerios because he had fed them all to the "duckies". Well, he's only 2-- rational thought is not an option for him as of yet. 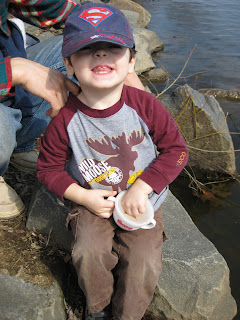 Just quickly I wanted to share a few challenges that I have managed to sneak in under the wire. The first one is for a brand new blog that is just in their second week. 365 Cards is a great new place for card crafters to find some of the best challenges. The great thing about it is that there is a new challenge every day and it's always jammed packed with inspiration. Since the last few weeks have been so hectic I haven't had a chance to get in on any of the challenges, but when I saw this great sketch from Kazan Clark that was featured on the 365 blog I couldn't resist any longer. Also, I've been dying to put together something using the color combo of yellow and gray-- it's so hot right now. 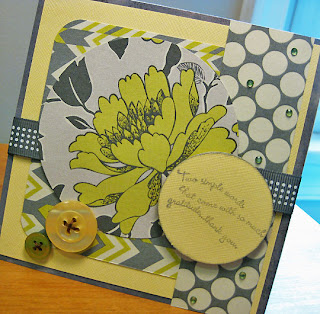 I also finished up a card based on the CPS sketch challenge for this week. This card is also for a friend of mine, one of my closest and oldest friends. He has recently completed a major portion of his PhD program, which he has been working hard at for the past 4 years. Although he's not quite done yet, he has come to a major milestone in his education that serves reason to celebrate. I put this card together using Basicgrey's Marakesh collection because this certain friend just loves all things with an eastern influence-- so I thought it would just be perfect. Also, it has a bit of a masculine edge-- I just didn't think he was going to appreciate all of the flowers and ribbons that I tend to indulge in. 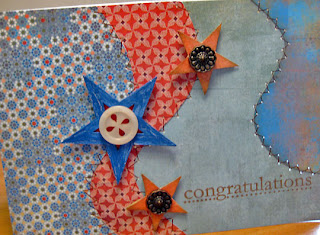 I painted the large chipboard star with two different layers of acrylic paint and a coat of crackling medium to create the distressed look. I also used my paper piercer and my brand new Stampin' Up mat pack to create the faux stitching. This was the first time I attempted this type of faux stitch--so the first one is a bit shaky, but by the third one I really had it down and actually really love this method. 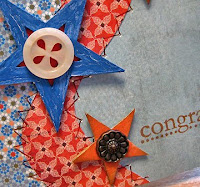 I hope you enjoy,
Tina
Posted by The Traveler's Realm at Saturday, March 14, 2009